Preface by the editors:

For more than three years, including well over 100 strike days, the employees at Amazon continue to fight for a collective agreement. Although the labour dispute has still not been won, it exemplifies the struggle of employees in the low-wage sector against a global corporation.

The conflict at Amazon has become a ‘laboratory of resistance’. Important lessons have been learned, not only with respect to resistance against low wages and precarious employment in Germany, but also in terms of the conflict with the corporation at its other sites in Europe. Amazon takes an extremely anti-union stance at those sites too, but trade union resistance is likewise forming there. Transnational networking of the employees – which, as the first step, should be Europewide at the minimum – and dialogue about experiences in the various countries are a vital precondition for a successful, cross-border fight.

This study is the result of intensive research by the journalists Jörn Boewe and Johannes Schulten on the structures of the Amazon corporate group and about both the experiences of trade union resistance in Germany and the prospects for cross-border industrial action by the Amazon employees. That research is based, among other things, on a series of interviews with Amazon strike activists and participation in a number of trade union meetings as well as the Amazon event held by the Rosa-Luxemburg-Stiftung in
March 2016. Since then, more than 6,000 copies of the German-language, first edition of the „The
Long Struggle of the Amazon Employees“ [„Der lange Kampf der AmazonBeschäftigten“] pamphlet, which was published in December 2015, have been distributed. The publication has been discussed at various events accompanying the strike action at the Amazon sites in Germany and its findings have been discussed with the employees.

With this revised and updated English-language version, we hope to make these findings accessible to trade unionists in other European countries and to contribute to the development of transnational trade union perspectives. Corporations like Amazon may be ‘global players’, but the employees and their trade unions are seeking to counter the power of transnational companies through international solidarity movements and by not allowing themselves to be played off against each other. The movement is still young, but it is gaining in strength across Europe. From their concrete experiences, much can be learned about transnational trade union organisation.

The Long Struggle of the Amazon Employees

Translation of the revised text 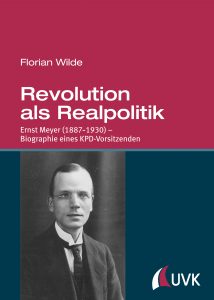